Registration is now open at http://sciencehackday2014.eventbrite.com!

Mark your calendars! We'll be opening up registration for Science Hack Day SF in two waves this year. Registration will open up on Tuesday, August 26 at 12pm Pacific and Sunday, September 7 at 12pm Pacific. The link for where to register will be added on this post and at http://twitter.com/sciencehackday.

As always are looking for sponsors to help support this free, volunteer-run event. Please download our sponsor prospectus and email [email protected] to get in touch!

Science Hack Day SF attendees inside the Morrison Planetarium, photo by Matt Biddulph Wow. The 4th annual Science Hack Day in San Francisco was our most epic yet! I was ecstatic to bring the most science hackers yet (200+) to the largest venue yet - the California Academy of Sciences! Each year of Science Hack Day SF has brought some of the most unexpected creations to life. Each year, I'm asked by reporters what I expect to see at Science Hack Day, and I struggle to explain that it's simply not something you can predict – and that's precisely what I love about it. When I talk to audiences about the beauty of it, I evoke a quote from John Peel that sums it up to me: "At the heart of anything good there should be a kernel of something undefinable. And if you can define it, or claim to be able to define it, then in a sense you've missed the point."  Read more... 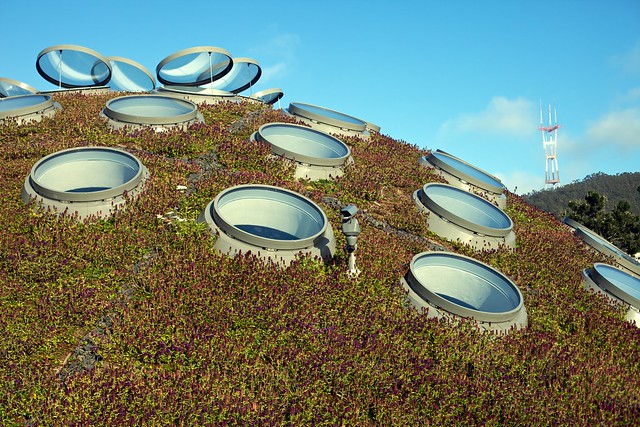 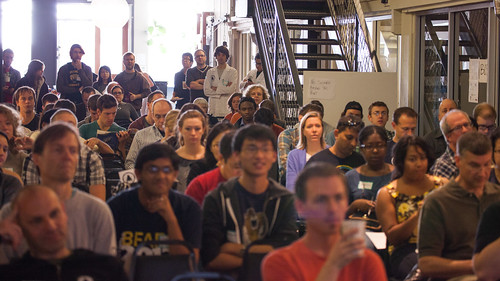 The science hackers gather for launch, photo by Matt Biddulph

It's been two weeks since the third San Francisco edition of Science Hack Day and visions of particle collisions are still dancing in my head. 150 science hackers came together over the weekend to create brilliant mashups of imagination and mischief. Even more than all the delightful hacks that emerge over the 24 consecutive hours, I absolutely love the people that make up Science Hack Day each year. Now on our third year, the beginning of the event has become such a joyous occasion - veteran science hackers hug each other, many not having had a chance to see one another since the previous year; newcomers quickly strike up conversations with one another over percolating ideas. What excites me the most are the potential serendipitous sparks that may ignite by having such a diverse group of people in the same place. No other event that I know of can bring together U.S. coastguards, fashion designers, environmental lawyers, particle physicists, futurists,  novelists, watercolorists,  molecular biologists, high school students, and roboticists to see what they can prototype, together, in 24 consecutive hours. People flew in from as far as Kenya and Ireland to attend (keep an eye out for Science Hack Day Nairobi & Science Hack Day Dublin in 2013!).

Update: We're sold out for 2012! You can still register to be on the waitlist.

Save the date! Science Hack Day is coming back to San Francisco for 2012 (our third year)! Here are the details:

We'll open up registration in September, so stay tuned to @sciencehackday on Twitter. In case you missed it, here's what Science Hack Day SF was like last year. 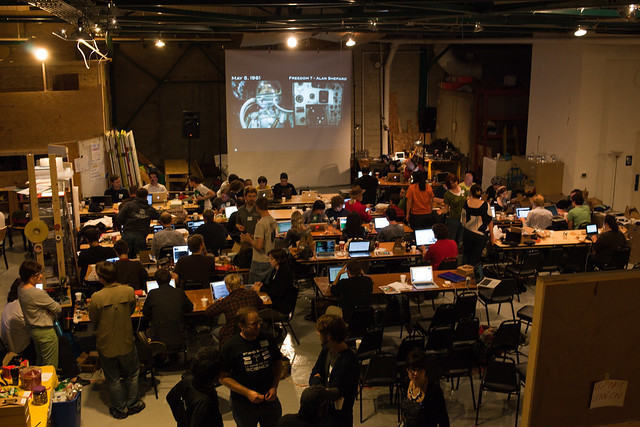 Mission control, Science Hack Day SF (photo by Matt Biddulph) It's been a little over a week since the second Science Hack Day SF took place at Brightworks. The event this year was an even larger success - hosting 150 science hackers from the local area and countries around the world, including: Brazil, Canada, Germany, Iceland, Ireland, Japan, Kenya, Mexico, and South Africa. The awesomeness of the people and the hacks that come together via Science Hack Day is difficult to put into words, but here are a few: overwhelming, unexpected, joyful, serendipitous, amazing and fun. Read more...

Update: We’re sold out! We’ve opened up the first wave of tickets! It’s free to attend, but since we have a capacity of 200, we’ll want to ask about your interest in the event. Please Read more

(Note: Registration will open on or around October 3rd. We’ll update @sciencehackday once it opens.) Planning for Science Hack Day SF 2011 kicked off a little over a week ago. We’re very much in the Read more

It has been roughly 2 weeks since the event concluded and we’re just now catching our breath from the overwhelming success! The full weekend of science hacking was nothing short of inspirational awesomeness – provided Read more